When it came to the soil, local farmers and vintners did better than the 49ers. After the frantic first years of the California Gold Rush, most gold miners, with more dreams than common sense, dug, then moved on, eager for the next gold strike, whether it was in other instant California towns or even in Canada or Australia. But more patient folks, thinking beyond the glitter in a gold pan, stayed and tilled the soil. Many succeeded, and in the process, their agriculture transformed the Coloma-Lotus valley and the hills beyond.

Ranching families — many of them Swiss Italian — have thrived in the area for over 150 years, supplying California and neighboring Nevada with basic food needs. These generations of families held the community together with their Masonic, Oddfellows, Eastern Star, and Grange organizations. Names like Akins, Winje, Veerkamp, Gastaldi, Forni, Bacchi, Bassi and Marchini are part of the landscape and heritage of this community.

Physical evidence of the heritage of these families shows up in edifices like the Coloma's Grange and Oddfellows halls, picture-perfect little churches and old ranch houses, and barns. They show up in the terraced Coloma hillsides planted in the late nineteenth century with grapes (follow the trail in the state park in Coloma from the picnic area behind the museum up to Marshall's Monument for a look at the angular landscapes, now long overgrown with oak/pine forests).

Drive a couple of miles south on Cold Springs Road and open fields, beautiful views, vineyards and lots of cattle are just some of the rewards. Founded in the mid-1850s as Gold Hill, this region was officially named Granite Hill to avoid confusion with other Gold Hills in California and Nevada. Nevertheless, locals still called it Gold Hill and in 1909 the name changed back. Little is left of what was once a village except for a few pioneer homes, an old cemetery and the stone ruins of an 1859 general store, built by German brothers George and Michael Marquart, who came to California in the early 1850s. Two historic water ditches still function today. Originally built for both farming and mining, the profitable 12-mile-long Gold Hill Ditch, built-in 1853, still supplies water to the area for agriculture. Dating from 1852, the El Dorado Ditch, which siphons water from the South Fork of the American River near Chili Bar, winds above Coloma and ends in Lotus, bringing water to pastures, orchards, and gardens in many areas of the valleys.

In 1870s, Gold Hill boasted the largest collection of Chinese in El Dorado County. In 1870, the Coloma Township, which included Gold Hill, listed 202 Chinese, 157 of the miners. 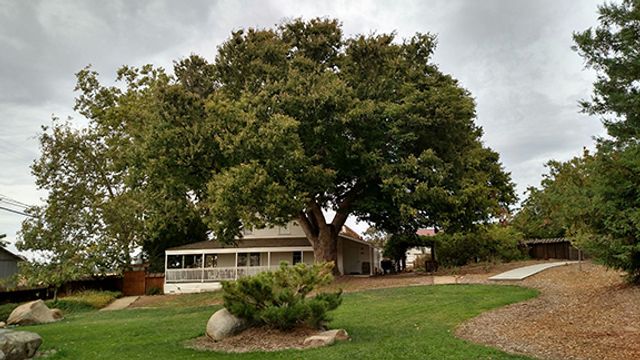 For a few years, Gold Hill was the site of a small Japanese settlement. Encouraged by a German soldier of fortune named John Henry Schnell and a samurai named Lord Matsudaira, up to 26 Japanese — apparently the first Japanese group to settle in California — arrived here in 1869 to establish the Wakamatsu Tea Colony. Grandly, Schnell planned for the extensive production of silk and tea. However, the relatively dry climate and investor difficulties doomed these crops, and the colony faded away. Schnell ran out of money, selling his land to Francis Veerkamp. A young Japanese girl, Okei, had arrived with the Schnell family as a nursemaid. She stayed on, working for the Veerkamp family until she died at the age of 19. She is buried on a lonely hill on Wakamatsu property close to Gold Trail School. Her story became the subject of a best-selling novel in Japan. A shrine next to the school honoring Okei was dedicated years ago by Ronald Reagan, then governor of California. Today the shrine remains a favorite California destination for visitors from Japan 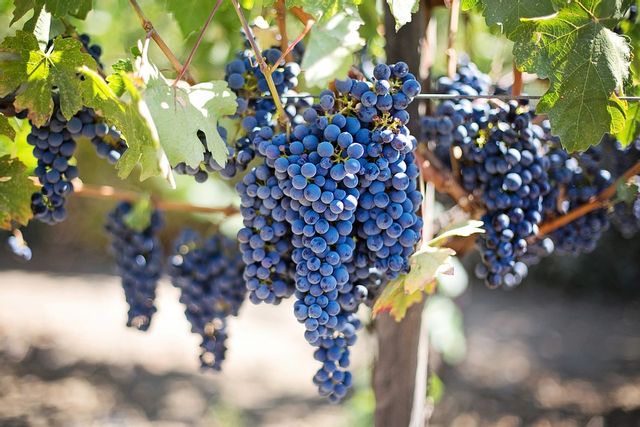 Early-day farmers mostly supplied basic needs, such as wool, dairy products, beef, hay, beans, apples, pears, and various grains, especially barley. One of the most profitable crops was wine. By the early twentieth century, El Dorado County ranked third in viticulture behind Sonoma and Napa counties, with over 1.5 million vines producing over 687 million gallons of wine annually. This early-day grape industry, however, suffered huge setbacks from damage by a rickettsia-like pathogen (Pierce's disease) and the phylloxera louse. Economic woes, combined with the pests, spelled the end of this early wine industry.

Today, however, wine-making is enjoying a resurgence in the Sierra Nevada foothills. Dozens of El Dorado County wineries, most of them family-owned, produce award-winning vintages. A couple of wineries are in Gold Hill, just above Coloma: David Girard Vineyards, and Gold Hill Vineyard, which dates back to 1985 and features some spectacular views of the hills surrounding the Coloma valley. And a few miles north of Coloma/Lotus on Highway 49, Venezio Vineyard and Winery features a tasting room showcasing vintages from its 15 acres of grapes; the winery opened in 1999. Much of the agricultural fare these days tends toward the unusual, sophisticated or just plain delicious. Locals know Gold Hill as a "banana belt" of sorts because of its relatively warm climate. Thus, avocados, peaches, and citrus all thrive here. Hooverville Ranch, just off Highway 49 a few miles south of Coloma, is a worthy detour. Stop in for lemons, oranges, apples, pears, peaches, and yummy homemade berry or apple pies. Hooverville supplies much fruit to the better-known Apple Hill area east of Placerville. And peaches don't get any sweeter than those found at Gold Hill Ranch and Marchini Ranch, north of Hooverville on Highway 49.

Article by Betty Sederquist. (The source for much of the history recounted here is Gold Hill: Bonds of Time, Families & Land, by Jean E. Starns.)