History of the Chinese Settlers 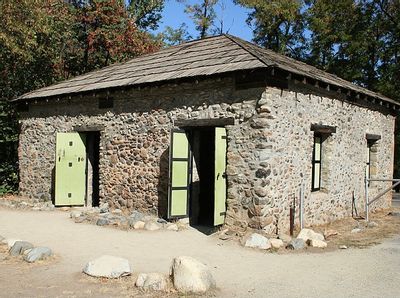 Like others from around the world, the Chinese joined the California gold rush in hopes of finding quick wealth to take back home. In 1848 there were only two Chinese in California. In 1850 there were 500, and their numbers began to increase quickly. By 1855 the Chinese population of California had swelled to 20,000.

During the later years of the gold rush, Coloma had a large Chinese population. Coloma's "Chinatown" encompassed the whole area west of the present Hwy 49, from the Chinese Stores to beyond the end of the picnic area. As the valley's placer mines petered out and were abandoned by other miners, Chinese miners took them over. Their patience and frugality allowed them to make a profit from these supposedly "exhausted" placers.

Many resented the success of the Chinese, and in 1861 a riot occurred over the right to mine under an old hotel. A mob of drunken white miners rampaged through Coloma's Chinatown, looting and destroying buildings. The Chinese were chased away, many were beaten, and several were killed. Chinatown recovered from the vicious attack, but it was finally destroyed by fire in 1880. The Man Lee and Wah Hop stores are all that survive. 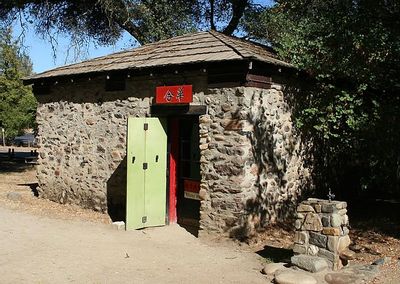 The Man Lee Store contains an exhibit of several different methods of gold mining in California and artifacts from each method. This exhibit complements an outdoor mining display located nearby.

The Wah Hop Store contains an exhibit of a typical Chinese store during the California gold rush, with authentic artifacts. Included or represented here are foodstuffs, herbal medicines, banking services, postal services, a religious shrine, and a social gathering place.

Excerpted and condensed from Discover Coloma: A Teacher's Guide, by Alan Beilharz, published by the Gold Discovery Park Association.

Trail Dedication to the Chinese Miners 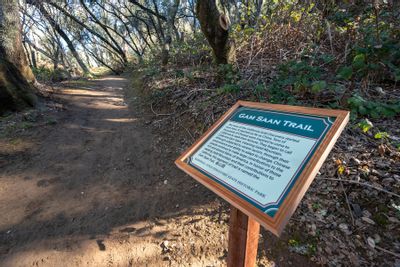 A new trail to honor the contributions of Chinese miners during the gold rush has been dedicated at Marshall Gold Discovery State Park in Coloma.

The Gam Saan Trail, which means “Gold Mountain” in Cantonese, is what the miners used to call this area.

“We discovered that some of this hillside was used for the people that died during the gold rush period, and they were buried on this hillside so their spirits could find their way to that final ending place,” said Steve Hilton, the Cultural Resource supervisor with California State Parks.

The opening of the new trail was marked by a Buddhist prayer and a lion dance ceremony. Hsia said that the occasion was momentous because this would be one of just a handful of state park properties that have a Chinese name.

Click here for the map for the Gam Saan Trail.